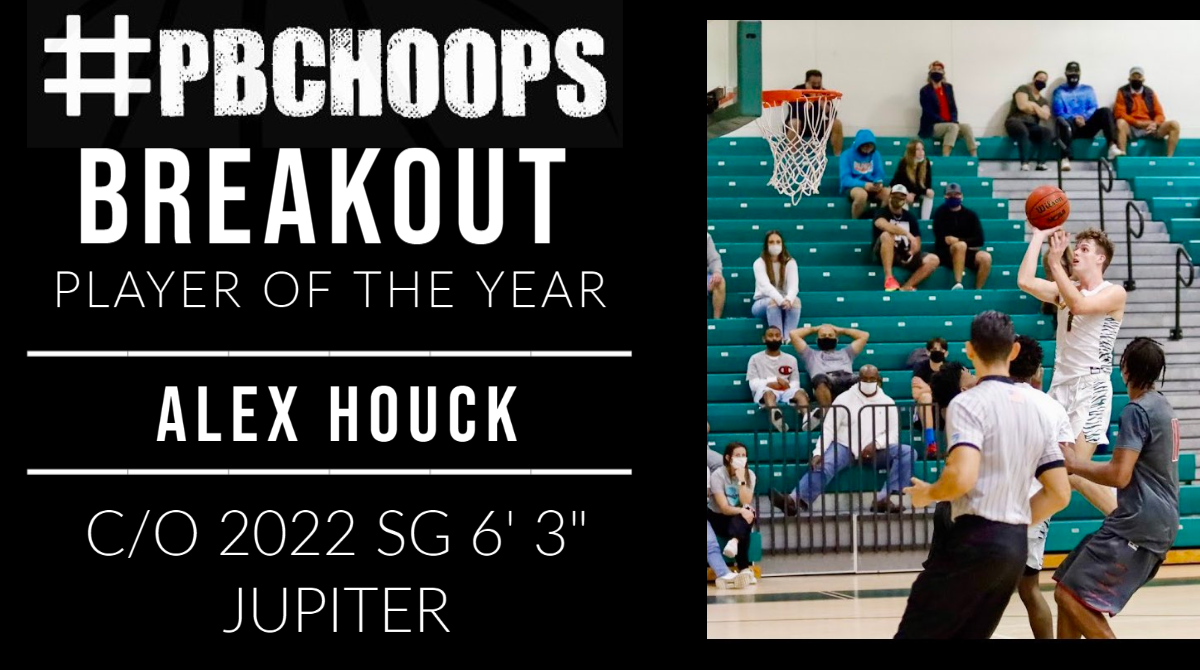 Each year the #PBCHOOPS Breakout Player of the Year goes to the athlete who makes the biggest move from unknown to known. This past season was unusual therefore the award season will also be unusual, this year the #PBCHOOPS BPOY will be awarded in both Public and Private Schools.

The 2020-21 #PBCHOOPS Public Schools Breakout Player of the Year is Alex Houck of Jupiter High School.

Houck averaged 19 points, 7 rebounds and the 3.5 assists per game on the season. Jupiter Head Coach JD DePasquale had this to say about his junior guard's breakout season "Alex played a key part in the our team success this year, leading a very young squad and ended the season as our top scorer."

Houck is an elite shooter with nice size, that competes on the court. Expect the Warriors to be one of the top teams in county next season.

Be on the lookout for the release of the #PBCHOOPS All-County 1st and 2nd Team plus more Individual Awards next week.