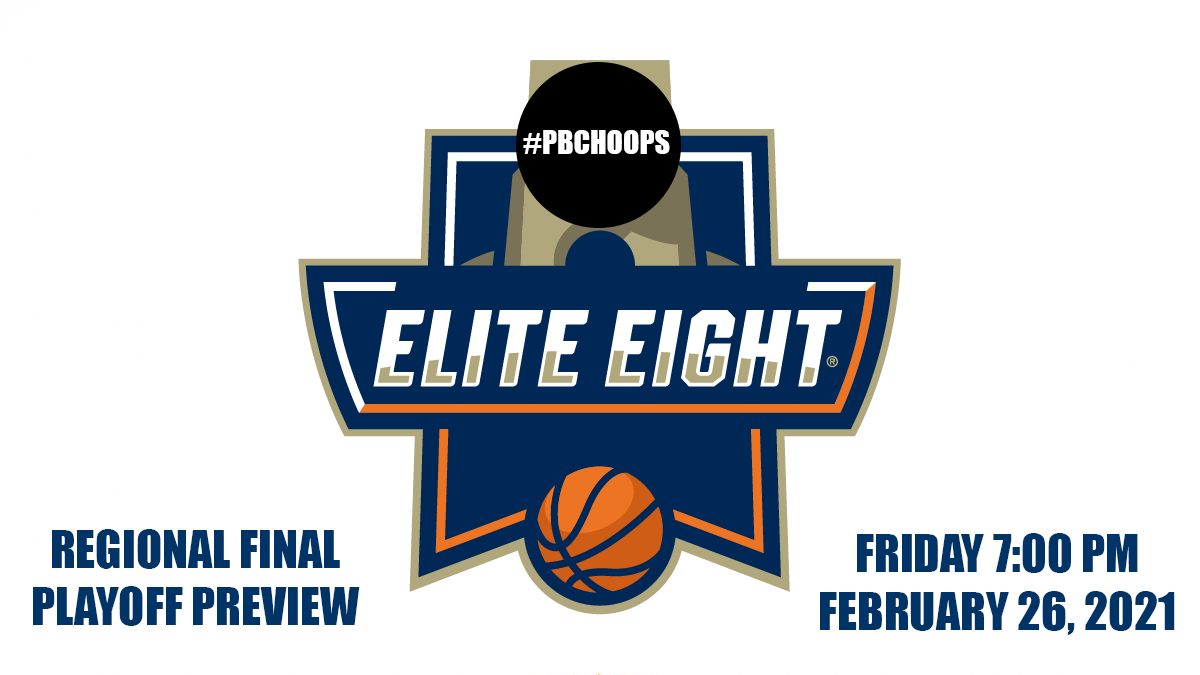 Dwyer. Martin County and Grandview Prep are looking to punch tickets to State. Should be an exciting night of games.

Grandview just keeps finding a way and now is just one win away from another trip to the Final Four. Senior big men Makye Boles and Pedro Brown have turned it up in the playoffs, controlling the interior. The Pride now heads down to Miami to face a Brito team with size that can match Grandview. This game however may come down to guard play, if so the edge goes to Grandview, junior PG Gunner Walters has done it all this season showing his ability to not only score but facilitate when needed. A couple X factors for Grandview are junior guards Reilly Berg and Drew Cohen. Berg has made several key plays this season while Cohen came up huge knocking down three big 3 pointers in the win over Atlantic Christian Tuesday night.

Calvary Christian had its hands full with last year's state champion Saint Andrew's, securing a 61-58 victory to move on to the regional final against Sante Fe Catholic. Calvary is looking to avenge a loss to Santa Fe in last seasons regional for a chance to get back to Lakeland. Marvel Allen has been as good as advertised this season, Tuesday night he led the squad once again scoring 16 points and making plays all over the floor. Calvary will have the size advantage in this one with big men Taylor Hendricks and Gregg Glenn plus 6' 5" guards Dylan Canoville and Carl Cherenfant.

Archbishop Carroll has advanced to the regional final with two walk off, buzzer beater winning games over Westminster Christian and Florida Christian. Miami Country Day is hot right now on a six game win streak to close out the season.

Pine Crest will face the winner of North Miami Beach and Sunset being played on Thursday February 25th.

Heavyweight battle here. This could be the best game of the regional final games here in South Florida both teams are loaded and have great coaches running the show.

Another heavyweight battle of two teams that were destined to play each other all season. Both squads are loaded with great guards that get after it on both sides of the ball. Martin County's duo of Ryan Davis and Nathan Mikkelson have been unstoppable all season. Martin County will have its hands full however with Mater's dynamic guard duo of Ryan Sanchez and Michael Bradley, to go along with athletic wing Jamel Lane.

Dwyer is back, there is no doubt about it. The only thing standing between them and another trip to state is an old nemesis from Broward county. Coral Springs and Devin Barta pulled of one of the bigger upsets in recent memory taking down the then defending 9A state champions Wellington on its home floor back in 2016. The Colts went on to win the state title that season. Plenty has transpired in the time in between but Barta is back at Coral Springs and has his team back with another shot at Lakeland. Head Coach Fred Ross is no stranger to this time of year either, looking for his fourth state title and first since 2011. The Panthers have a great mix of senior leadership and young talent, seniors Rodrick Johnson and Trevon Taylor are flanked by a talented group of underclassmen led by Xavier Scott, Juwan Dawes and Kyle McNeal.

It's go time, time to step up.