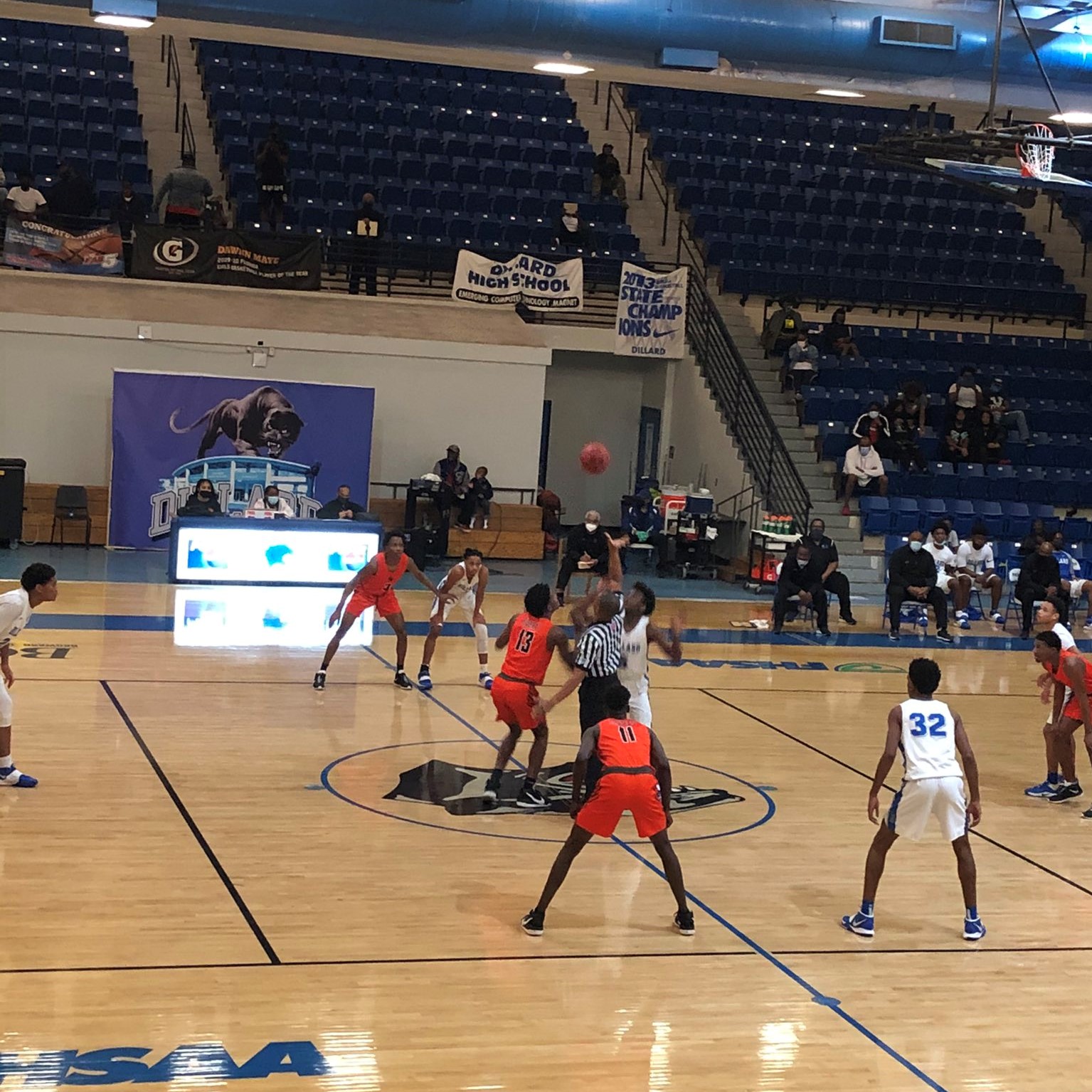 District championship playoff week saw plenty of lower seeds beat teams seeded higher. While some were "upsets" for the most part they were just corrections of a flawed computer ranking system (with no human factor) used by the FHSAA that didn't have enough game data to properly rank the teams. Now that the state tournament field is set here's a breakdown of the regions for all South Florida teams including predictions from RMF Magazine co-founder Jean-Camille Dubuisson and long time #PBCHOOPS contributor Derrick Franklin:

On the other side of the bracket Atlantic Christian continued it's dominance with a 30 point victory over Berean Christian in the 13-2A title game. Now the Sharks host a dangerous Highlands Christian team that has size, shooters and strong guard play. The winner gets the winner of Grandview Prep and Berean Christian.

Down south Sheridan Hills is a surprise district winner and takes on historically solid Miami Christian program. Hard to pick against Miami Christian.

Brito takes the 16-2A district title and faces off against Champagnat. Winner of the 15 & 16 group of four will need to defeat a tough team from the northern part of the bracket.

Saint Andrew's has a tough road to repeating as state champions. In order to have a chance they first must defeat a program familiar with repeating, Westminster Academy won 3 straight titles from 2017-19.

Jupiter Christian is a year away from potentially being a contender in this region.

Pine Crest seems destined to end up in Lakeland, twins Amen and Ausor Thompson are playing at a high level. Hallandale has had a great season thus far but are facing an uphill climb in this one.

North Broward Prep has bounced back very well after a shaky start to the season. They will have their hands full with Somerset's Jonathan Renoit. Winner still has a tough road.

Sunset took 16-4A as the #5 seed. Edison looks to bounce back after a 20 point loss in the district championship game to North Miami Beach.

The young guns at Suncoast came up huge last week defeating nemesis Okeechobee at the buzzer in a win or go home district semifinal game. Boyd Anderson has sputtered a bit after a hot start to the season. The Cobras have all the pieces to make a deep run but Suncoast can match them in athleticism and size. This game could come down to experience, BA is senior laden while the Chargers core is predominantly underclassmen.

Pines Charter looks ready to make another run to Lakeland, great guard play and athleticism led by Elijah Wyche and Geoffrey Sprouse. Jensen Beach will need to play it's best game to have a chance to advance.

Norland is rolling right now and has some very talented youngsters making big time contributions. Belen is coming of a tough loss in district championship to Northwestern. This could be one of the best games in South Florida Thursday night.

Northwestern looks to build off it's district championship win over Belen last week.

Martin County has been playing on a different level all season. Now with the return of junior "Mr. Everything" Ryan Davis the Tigers look to make a run at a state title. Saint Thomas Aquinas was another lower seed that advanced to the district championship and has made a nice run to end the season.

Olympic Heights suffered it's first loss of the season in the 13-6A district championship game to Martin County. That loss puts them on the road against Dillard. The Panthers have size, play hard nosed defense and are coming together at just the right time. Tough draw for Olympic Heights.

North Miami continues its winning ways taking home another district title. Doral Academy has been playing well to end the season. This should be another competitive game.

Mater Academy looks like a team on a mission. They have all the pieces to make a serious run a state title. McArthur has been up and down all season but you can expect the team to play its best at this time of the year.

Wellington suffered a heartbreaker at the hands of Forest Hill in the district championship. Now the Wolverines must pick up the pieces and head north to face a Vero Beach squad that has been flying under the radar despite being one of the top ranked teams in 7A all season. The Wellington "Big 3" of Christopher Walker, Jordan Johnson and Will Vanhook will need to perform for the Wolverines to have a chance to move on to the next round.

This matchup was destined to happen, both teams knowing they would need to go through each other on the road to state. Forest Hill won the first meeting this season but Dwyer is a different team now. Forest Hill has bounced back nicely after stumbling late in the regular season. Expect big things from seniors Donovan Draper and Jalen Jeter for Forest Hill, for Dwyer Rodrick Johnson will need a big game. There is a lot on the line for both teams.

Lake Worth has been proving the doubters wrong all season and looks like a team on a mission. Senior Maurice Campbell has been playing at a high level, leading a young group of talented sophomores led by Calvin Sirmans and Marvin Golf. Now the Trojans play an old Palm Beach County nemesis in Coral Springs led by head coach Devin Barta. This will be a highly competitive matchup.

Santaluces had it's 12 game win streak snapped Friday night and looks to regroup. Monarch took care of business as the #1 seed in 12-7A and has a talented group of players led by sophomore Kellen Cashman.

Western has been solid all season and look like they are on a collision course with Miramar.

Miramar looks to have picked up where they left off last season. Cypress Bay suffered a close loss in the 13-7A district title game Friday night to Western and now must bounce back to take on the defending state champs.

Coral Gables has been flying high all season and is on an 8 game win streak. Palmetto will need to shake off the loss last Friday to Ferguson in the 16-7A district championship

Ferguson has hit the hot streak at the right time winning its last 3 games to make it to the regional round. Columbus lost a tough one to Coral Gables and looks to bounce back.