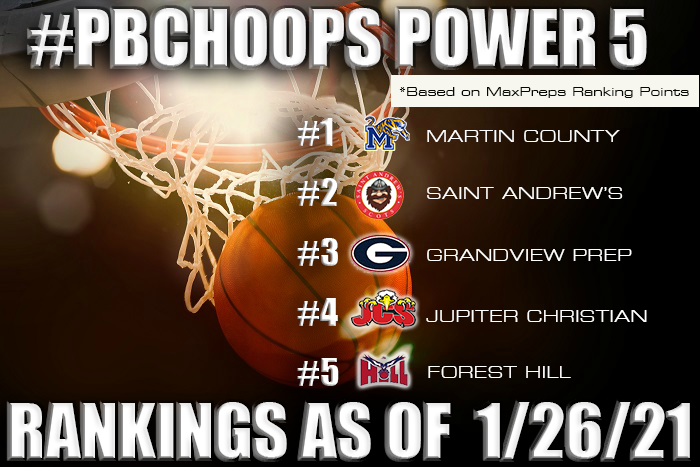 One thing the last year has proven is that things can change and fast. Last week was expected to be filled with high level matchups of #PBCHOOPS Top 5 teams but instead a several game cancellations due to COVID-19 safety protocols were announced. A few teams did get to play, some winning and moving up, others losing and moving out of the Top 5. Here's a look at all three polls (Power, Public and Private) and a preview of this week's best remaining games:

Did not play last week.

Grandview Prep picked up a win Friday night over a solid Benjamin team to close out it's regular season.

Jupiter Christian remains in the Power 5 after splitting games in SSAC Championship in Orlando. Eagles will be one of the few teams playing this week.

Did not play last week. 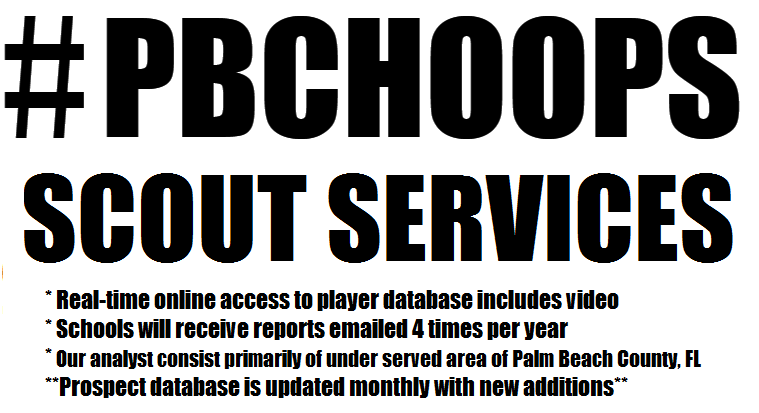 This game could have big time district championship seeding implications as both teams are in a close battle for the 3rd and 4th seeds based on FHSAA rankings.

Benjamin broke into the #PBCHOOPS Private School rankings at #4 taking the spot formerly held by Jupiter Christian. Jupiter Christian kept its #4 ranking in the Power 5 computer poll. Now both teams face off for not only rankings superiority but Benjamin is in the mix for a better seeding in the district playoff.

Both teams come into this game playing well. Dwyer picked up a hard fought win over Lake Worth Saturday night, while Santaluces has won 8 in a row.

Tough back to back for Dwyer. Suncoast will be a tough matchup and has the athletes to play an uptempo style with Dwyer.

Dwyer picks up where they left off after a 43 day break with a win over Lake Worth last night. The other 4 teams on the shelf a few more days.

Make sure to click here for the this weeks full schedule. Any changes or updates will be reflected http://www.pbchoops.com/pbchoops2/week_schedule