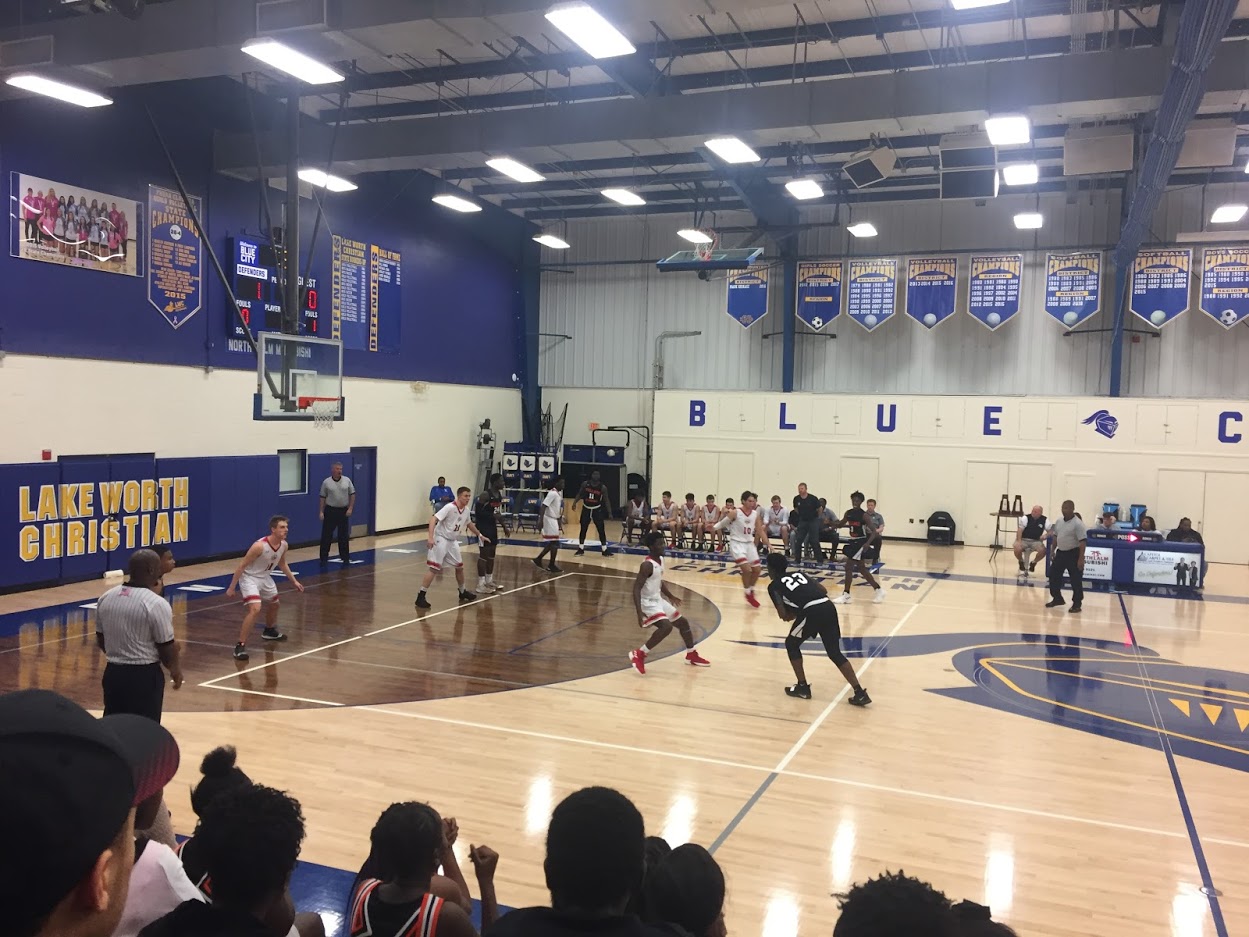 Lakes & Dwyer drop from last weeks pre 5 but will be back.. A few sleepers trying to work their way in.

Didn't take long to shuffle things around in the #PBCHOOPS Top 5. After a competitive week where we saw Preseason Top 5 teams go head to head in Tip-Off Classics, we now have newcomers into the poll looking to make a statement. Here is a look at the new Top 5:

#1 Wellington - The Wolverines had no option but to be on top of their game to start the preseason as they faced then #5 Dwyer followed by Santaluces. Wellington won both games and looked impressive doing so. They will start the regular season in the Rising Stars Palm Beach Shootout facing a solid Village Academy team on Friday.

#2 Saint Andrew's - The Scots like Wellington were tested and impressive beating Grandview Prep, Palm Beach Lakes and SchoolHouse Prep, three teams with eyes on a state title. St. Andrew's is as strong as advertised with unmatched size, length, shooting and skill at positions 2-5. PG will be the position to watch as the season moves forward, they have 2 solid yet unproven options in junior transfers Landon Brody and Jasper Schwartz. They like Wellington also start the regular season with Village Academy this week.

#3 Park Vista - Park Vista launches into the Top 5 after looking the part of a top team to start the preseason. The Cobras feature a high powered offense and a versatile starting 5 with no player shorter than 6' 3". They love to run, have shooters all over the floor and are an exciting team to watch. After a disappointing last season it looks like Park Vista is ready to be mentioned with the top teams in the county.

#4 Forest Hill - The Falcons stay at the #4 spot despite not playing in the preseason. They start the regular season Tuesday against Hallandale.

#5 Jupiter - The Warriors close out the ranking in the #5 spot after two solid wins up in the Treasure Coast. Jupiter will get an early test Friday against a talented John I team. Long term projections however are up in the air as their strength of schedule doesn't look to stack up against teams on the outside looking to get into the Top 5.

As mentioned there are few teams that are on the outside looking in that will be making a case to get into the ranking. Both Palm Beach Lakes and Dwyer started slow but will make noise as the teams come together. In Palm Beach Lakes case, football players will soon get back into the mix completing what will be a tough group. Another team to be on the look out for is Grandview Prep, the Pride faced 3 top teams (St Andrews, Lakes, U School) and looked good doing so. They showed well in a four point loss to National Powerhouse University School on Friday night. Those 3 along with a handful of others will make ranking these teams each week very difficult.

Things get going for real this week and quite a few games to watch are on the schedule, here's a look at the best:

John I Leonard vs #3 Park Vista
Park Vista smashed into the Top 5 and gets it's first against a John I team that should be tough this season. Both teams having players that can score the ball, Erik Pratt for the Cobras and Jevon Allen for the Lancers. Expect points to be scored.

Olympic Heights vs King's Academy
This is an under the radar match-up of two teams that had solid preseasons. Olympic Heights is looking to make a statement this season with a new core of players. King's Academy is rebuilding, this game does however give a first look at junior transfer point guard Jonathan Joseph, Joseph is the real deal and will be counted on to lead the Lions all year.

Village Academy vs #2 Saint Andrew's
Village Academy Head Coach Terrance Atkinson lets it be known his Tigers will play anyone. If there is any doubt to the validity of that statement all one needs to do is look at VA's schedule to start 2019-20. They will play the top two teams in the #PBCHOOPS Top 5 in the same week. Tuesdays game will be against a loaded St Andrew's team who is no stranger to a tough schedule. The Scots are flying high after a stellar lead up into the season, the Tigers will surprise people this year. This should be a good game to see.

Lake Worth vs Boca Raton
This was one of the better rivalries just a few years ago, after a lapse looks like both the Bobcats and Trojans are flying under the radar. Boca is led by 6' 7" junior Bobby Stewart, Stewart is a tough match-up in the post but also possesses range beyond the 3 point line. The Trojans have quietly reloaded and are looking to return to dominance in a wide open district 11-7A. Big game to start the year.

Village Academy vs #1 Wellington
As mentioned above the Tigers have their hands full this week and face a familiar foe in #1 Wellington. Win or lose on Tuesday for Village this game should be highly competitive and a good test for both teams. The game is part of the Palm Beach Shootout and will be played at H.L. Watkins.

John I Leonard vs #5 Jupiter
Jupiter will put it's newly minted #5 ranking to the test when the Lancers come to town. Both teams are senior led and have talented guards. This should be a good measuring stick for both teams.

#2 Saint Andrew's vs Atlantic
Atlantic draws an extremely tough opponent to start the season, while the Scots are taking on all comers.

#4 Forest Hill vs Lake Worth
Forest Hill is looking to avenge last seasons loss to Lake Worth which derailed it's bid for a perfect season. Both teams are different this time around but expect a highly competitive game either way.

This is one of the better Week 1 of games in recent history, expect great competition and surprising results all season long.