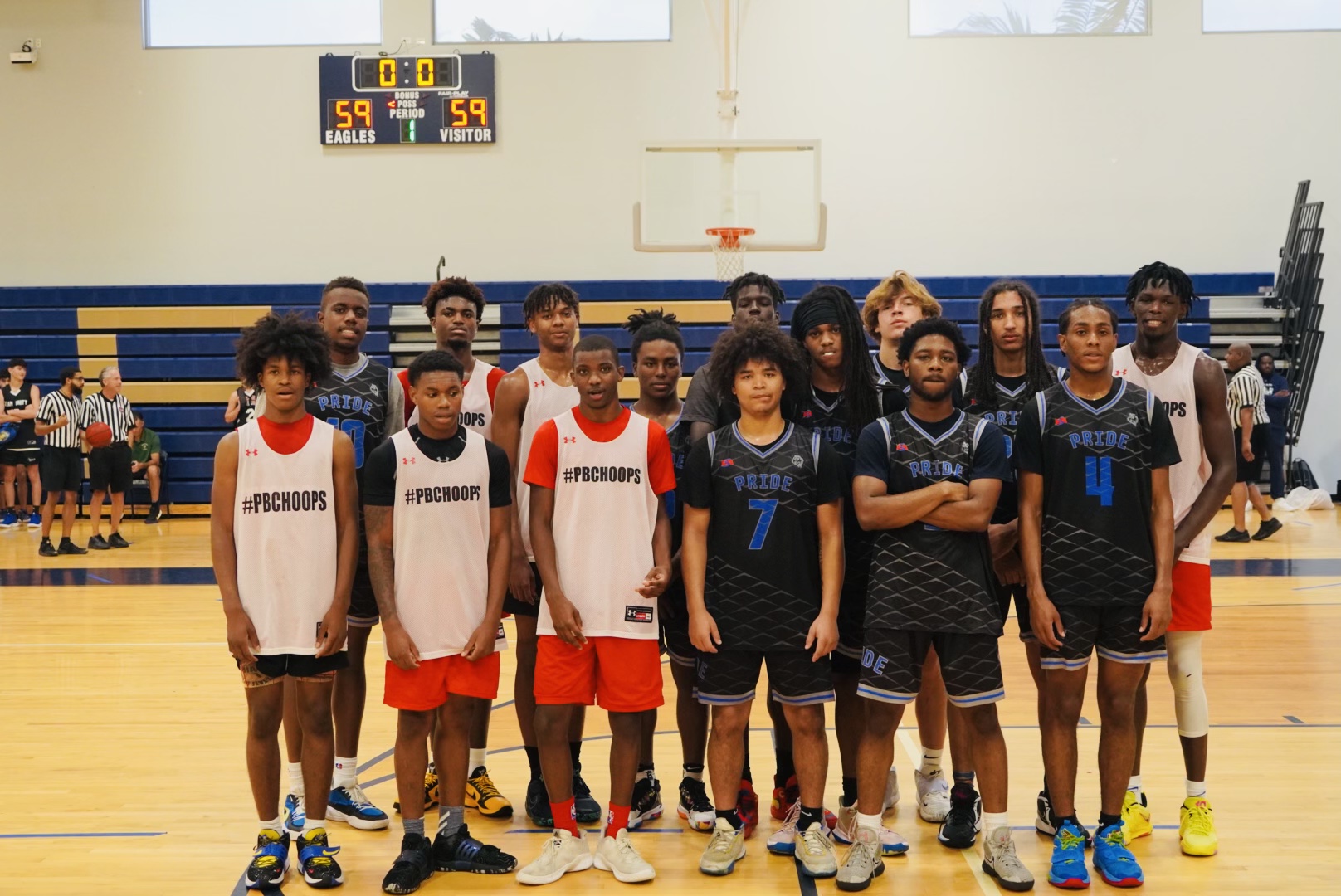 In its brief history, the #PBCHOOPS "Summer Championships" has featured several future college players. Names such as Ga'Khari LaCount (Longwood University), Jordan Johnson (Northeastern Oklahoma A&M College), Kemari Brown (University of Fort Lauderdale) and Chad Napoleon (Blue Mountain College) are just a few who cemented their themselves at this event. This year the field was loaded with talent once again and the gym was filled with college coaches on the sideline evaluating potential prospects. The "Summer Championships" provided an opportunity for players not on a college coaches radar to get looks and for those more established players to enhance their status. A win-win for all participants.

When TEAM #PBCHOOPS is on a schedule at any event, college coaches understand they can get eyes on prospects that have the opportunity to advance to the next level. This years 2023 and 2024 groups were no exception.

The reigning "Player of the Year" suited up with TEAM #PBCHOOPS after a short hiatus recovering from minor surgery. Calvin Sirmans proved over the weekend, as he did this past high school season, that he doesn't need to score the basketball to impact a game. Yet when necessary, Sirmans has no problem getting a bucket. He did all that and more Saturday, facilitating and getting his scorers quality touches, which led to points. However when the games got close late, Sirmans basketball IQ was on full display, identifying mismatches and penalizing the opposition each time down on the offensive end. Sirmans picked up an offer from Albany State University earlier this summer and will continue to be a player college coaches follow throughout his senior season.

On this "Super Team", Adrian Gilles had the least on his resume but the PG from Forest Hill proved he belonged on the same floor with Palm Beaches top players. Adrian is a fearless defender that will go chest to chest, full court man each time down. Saturday he also showed off his mid range game, demonstrating the ability to knock down shots off the dribble. Gilles was one of the players who benefited tremendously from the weekend, going in to the "Summer Championships" with zero college interest and leaving with solid connections with ASA Miami.

Blake Wilson was on fire to start the morning, knocking down deep 3 point bombs and getting his teammates involved early. Wilson went for 18 points and 7 rebounds in Game 1 and shot over 45% from the field. Saturday was a continuation of Blake's hot summer and shows no signs of letting up this high school season. Friday before the event, Wilson took a visit to the campus of Barry University and picked up offers from Tabor College, Staten Island and Life University so far this summer.

TEAM #PBCHOOPS is known for debuting new talent to the area. Last year the area got it's first look at Marouf Moumine, as he laced them up with TEAM #PBCHOOPS during the "The Coalition" Fall League. This year 6' 7" c/o 2023 wing Mason Brown made his debut. Brown wasted no time making his presence felt, banging out a dunk off the fast break to start Game 1. He followed that up with a monster dunk off an alley oop and put back jam later in the day. Brown is long, athletic and with a nice touch around the basket. Brown holds one offer and a ton of interest from D1 and D2 programs throughout the region.

Moumine averaged a double double of 17.5 points and 10.5 rebounds in his 2 games Saturday. Over the last year Marouf's game has become more refined, making it even more difficult for defenses to stop him. Saturday Moumine got his buckets from all 3 levels. When he wasn't scoring, he was cleaning up the glass and making opportunities for his teammates on the fast break. Marouf's ceiling is extremely high and his development does not seem to be stopping anytime soon. Moumine was on the top every college coaches in attendance scout list coming out of the event and is sure to garner interest for more programs heading into his senior season.

That's a wrap from the 2022 #PBCHOOPS "Summer Championships". We look forward to continuing for years to come, provided opportunities for not alone travel teams as they close out the summer months but individuals selected to participate on TEAM #PBCHOOPS.