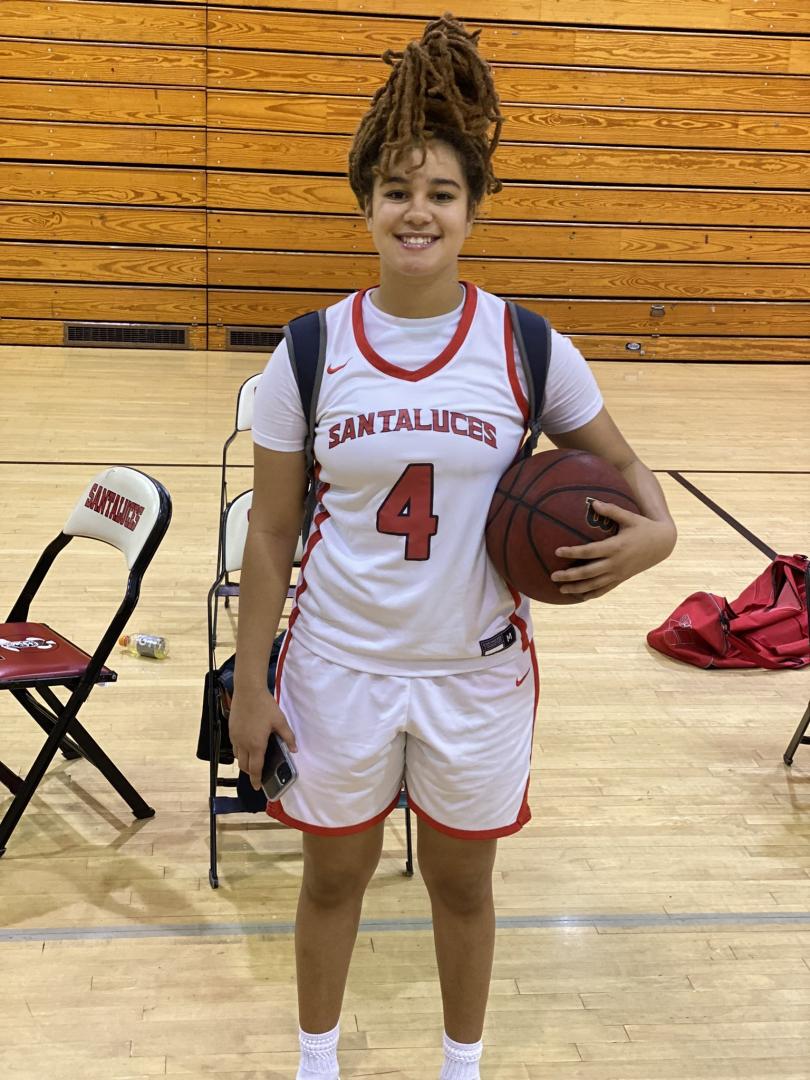 2023 Kendra Bentley is one of the best players in Palm Beach County and all of South Florida. The 5-foot-8 combo guard averaged 24.5 points, 6.3 rebounds, 3.7 assists and 3.8 steals per game last season as a junior. Moreover, Bentley eclipsed 1000 career points in the process.

Bentley scored 30 or more points in six games. Of those contests, she shot at least 42 percent from the field. Overall, she scored in double figures in 26 of 28 games. She also doubled her scoring average (12.3 ppg) from her sophomore season.

From deep, she shot an efficient 37 percent (71-of-194). Bentley actually shot better than her average in all but one game where she hit four or more 3-pointers (10 contests). Overall, she knocked down 2 or more 3-pointers in 19 of 28 games.

She is also a terrific passer and defender. Bentley dished out five or more assists in eight games and five or more steals in 10 contests.

Her junior resume earned her multiple accolades. Bentley was named our District 11-7A Player of the Year.

The prolific prospect helped Lantana Santaluces to their first district championship in a decade. Bentley has been working on her conditioning this summer for her final high school season. She plays with Team Knight on the circuit.

What will she do for an encore?