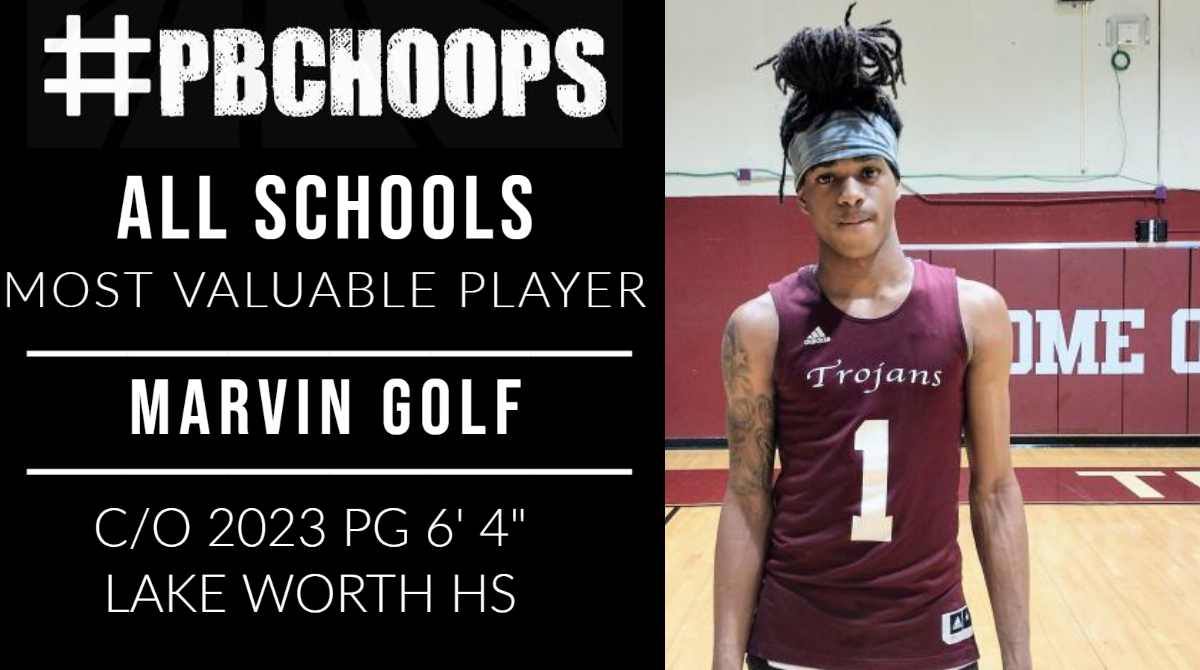 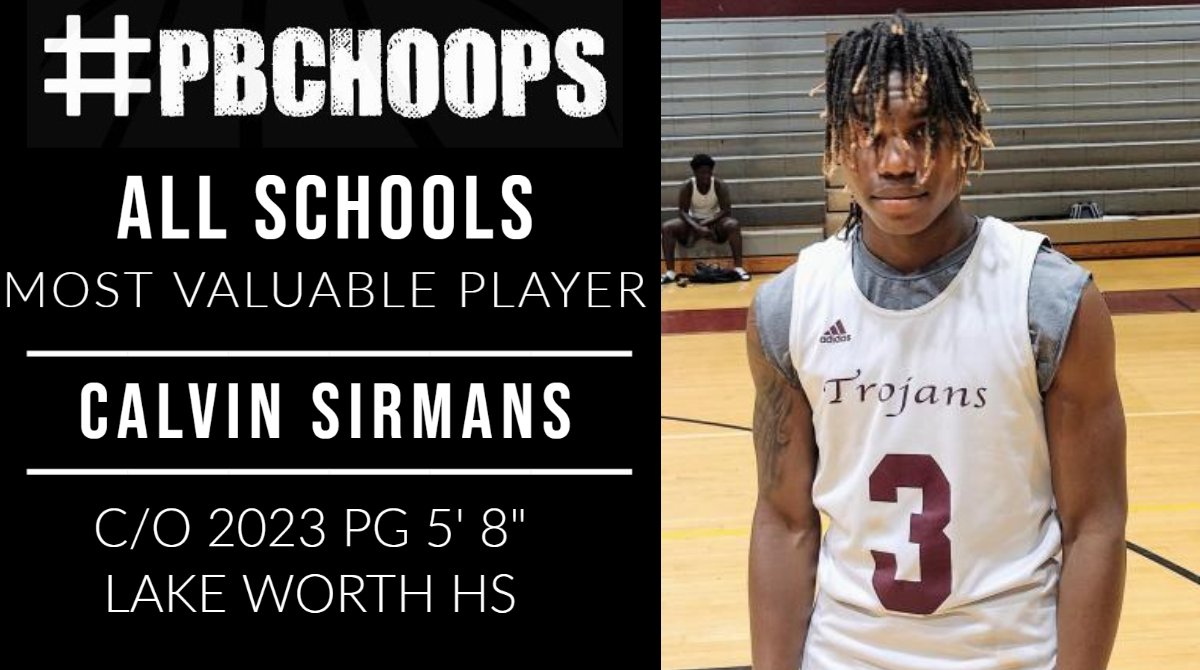 The 2021-22 #PBCHOOPS All Schools Co-Most Valuable Players are Marvin Golf and Calvin Sirmans from Lake Worth High School.

Golf and Sirmans, both juniors, led a potent Trojan squad to a 21-4 record and a trip to 7A State Semifinal in Lakeland. The two combined for over 30 points per game on the season with Golf averaged 14.5 points and 7.8 rebounds while Sirmans averaged 17.1 points dishing out 5.4 assist each time out.

Although Lake Worth had a talented team, many of the pieces to the puzzle were not tested coming into the season. Both Golf and Sirmans were key, providing stability on the defensive and on the offensive side of the ball. Both doing things that sometimes would go unnoticed to create a bucket for their team or prevent a bucket on the opposite side. Sirmans on ball pressure was nightmare for the guards he was tasked with while Golf's length allowed him to cover his opponent like a blanket. Not an easy matchup for opposing coaches to deal with on a nightly basis.

With one more year remaining in their respective high school careers, both Golf and Sirmans are on pace to not only build on last season success but surpass it with eyes set on a state championship.