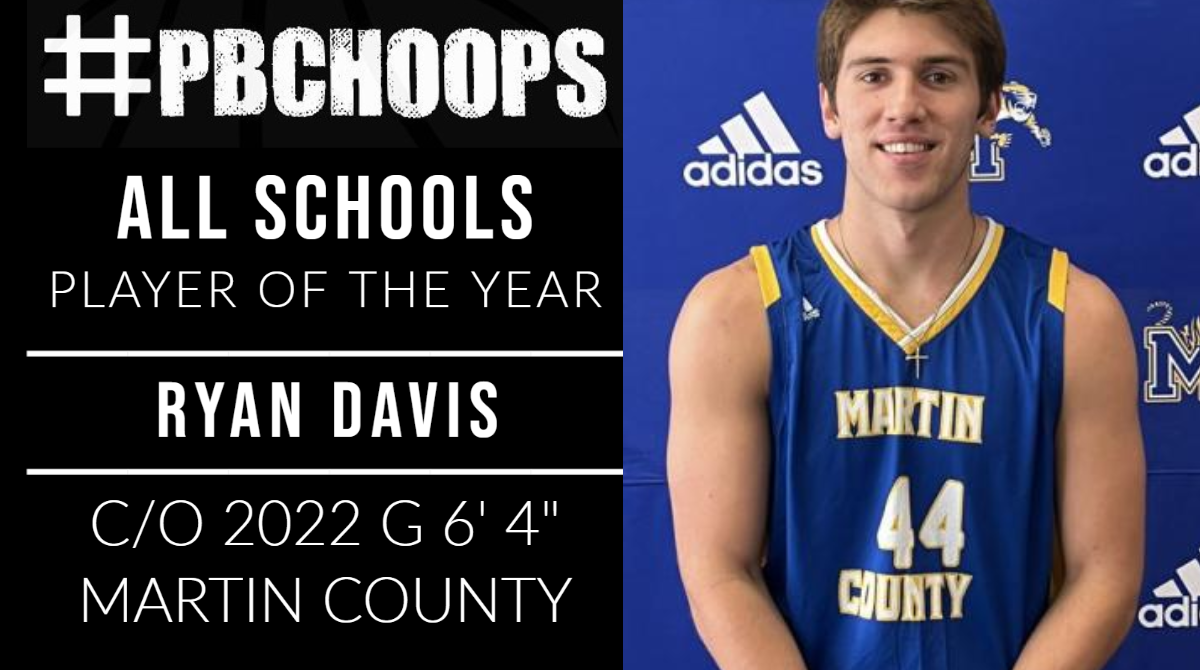 Davis averaged 18.0 points, 5.6 rebounds and 2.1 assist in 22 games for the 6A State Champion Tigers. Coach John Leon reflected on Ryan's career at Martin County "Ryan Davis has been a varsity starter since arriving to campus 4 years ago. He gradually gained the confidence of his teammates as the leader and consistently improved his abilities and teams improvement has been the result every year afterwards."

"Statistically the numbers do not paint the picture of Ryan capabilities on the court, as he often has seen the bigger picture of contributing ‘what’s needed” to get the win. Ryan has had high point totals in the 30+ range in his career but the eights point scored in the state championship game has been the biggest. Additionally, the mindset to encourage Sophomore Elijah Duval to become the team leading scorer in the mist of him trying to earn a basketball scholarship for himself speaks volumes about his character. This mindset aided in Ryan leading the team to the State Championship after Elijah became unable to play due to injury."

"Clearly, Ryan is one of these rare talents that come along every so often and I’m just excited he was able to see the dedication and hard work pay off without the Instagram highlight of dunking, crossing people over or taking bad shots to get views. Just a great basketball player that lead his team to a state title and a full scholarship to arguably one of the best collegiate programs in the state of Florida."

"I’m grateful to Ryan for allowing himself to be coached by me and staff, because we often are aware that the most talented high school players come with a difficulty in coaching them or their parents. I can honestly say that Ryan’s answer to any basketball request for these past four years has been “Yes sir or Yes coach!’"